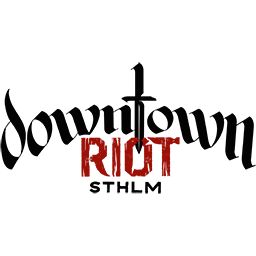 DOWNTOWN RIOT UNSIGNED – will your band win a spot at the festival?

Now we have finally opened up registration for our promised venture Downtown Riot Unsigned. We have thus dedicated two slots in the tight game schedule for just “unsigned” bands born no later than 1992 – that is, young bands that do not yet have a record contract or management. The idea is to give two of these bands the opportunity to play in front of a larger audience. “We are doing this to highlight the generation that will take over the baton and ensure that the rock and hard rock scene lives on!” says Martin Gustafsson, marketing manager and press officer for Downtown Riot.

To participate in the competition, fill in the form under the tab “Unsigned – Registration” here on the website, where you can attach music files and a detailed band description. The application is open until March 13, 2022. Then the festival management comes along Rockskolan Sverige att ta beslut om vilka två band som tar hem de sista platserna i spelschemat. Vinnarna kommer att meddelas senast den 4 april 2022.